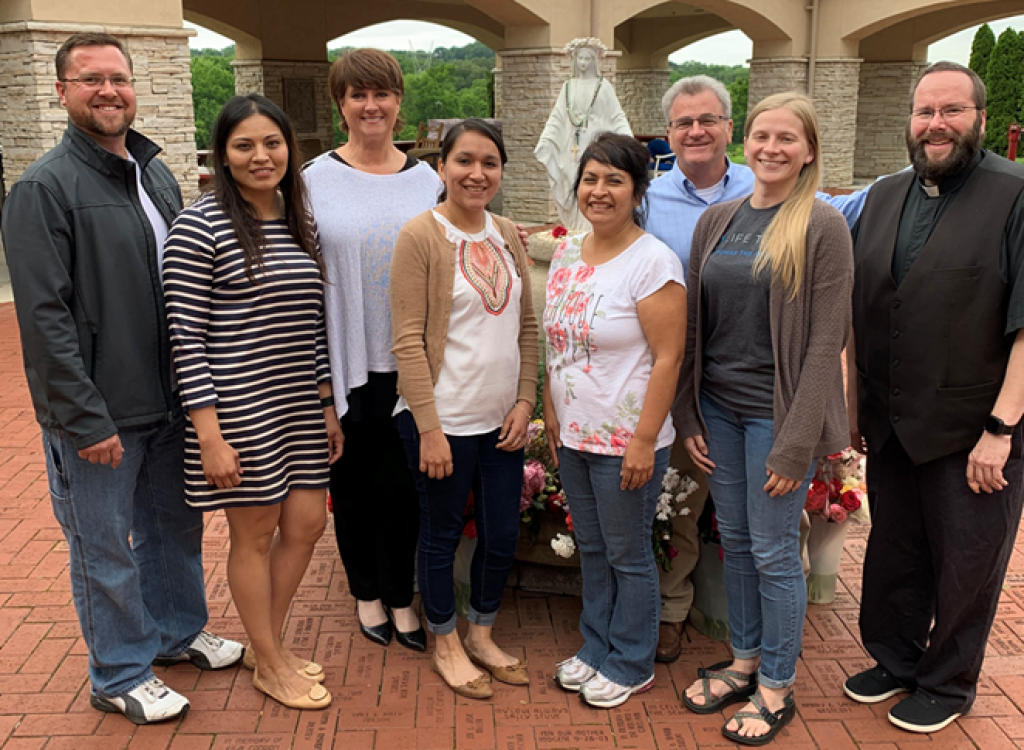 Joel Studer is a sales representative at Aytu Bioscience and has been a member of St. Thomas the Apostle since 2006. He enjoys boating on Tellico Lake with his family and spending time outdoors. He usually attends the Sunday 9 a.m. Mass with his wife Amanda and his daughter Jaiden. Joel is chairperson of the Security and Operations Committee.

Maria Lupe Cornejo works for the family business, La Lupita, and has been a member of St. Thomas the Apostle since 1997.  She is a runner and enjoys reading.  She usually attends the Saturday 7 p.m. or 11:30 a.m. Mass on Sunday with her husband Marco and their daughter, Katie. Maria serves on the parish council as a representative of the Junta Pastoral.

Nancy Howard is VP Marketing for Provision CARES Proton Therapy and has been a member of St. Thomas the Apostle since 2008. Nancy lives in Farragut, and usually attends the Sunday 11:30 a.m. Mass with her husband John, and sometimes with her daughter Haley, when she is home from college. Nancy is chairperson of the Spiritual Life and Wellness Committee.

Yadira González was born in Mexico and moved to Tennessee in 1999. She has a Master’s Degree in Business Administration, and works as a human resources manager. Yadira comes from a Catholic background and has been a member of St. Thomas the Apostle for several years.  She lives in Sweetwater with her husband and three children. Yadira serves on the parish council as a representative of the Junta Pastoral.

Ashley Siferd is a program officer for the nonprofit East Tennessee Foundation and has been a member of St. Thomas since 2001. She continues her involvement in several liturgical ministries and youth group, formerly as a student member and now as an adult leader. Ashley is a 200-hour certified yoga teacher, a volunteer team leader for Horse Haven of Tennessee, and speaks Spanish. She enjoys hiking with her fiancé Will and spending time with her family and friends. Ashley usually attends the Sunday 9 a.m. Mass and is chairperson of the Social Action Committee.

Mary González has been working for the Lenoir City School system for 5 years. She has been a member of St. Thomas since 1996. She has a husband, Juan, and 3 beautiful children. Her mission and her goals are to do all she can to serve her community and parishioners. Mary is chairperson of the Education and Evangelization Committee.

Jim Wogan is a former television sportscaster and has been the Director of Communications for the Diocese of Knoxville since 2014. Jim and his wife Mary have lived in East Tennessee since 1986. They have been members of St. Thomas the Apostle since 2001 and they usually attend the Sunday 9 a.m. Mass. Jim serves as the council president and is chairperson of the Communications Committee.