Fr. Ray Powell comes to St. Thomas after spending the past two years as the pastor of three parishes in three different counties in the northwestern part of our diocese (OLPH in La Follette, Christ the King in Tazewell, and St. Jude in Helenwood).

Fr. Ray was born and raised in east-central Iowa where he spent most of his life. He is a graduate of The University of Iowa with a Computer Science degree, and worked for 20 years as a Software Engineer and Systems Analyst.

In 2004, at the age of 39, he completed RCIA and converted to Catholicism. Then in 2005, he moved to Chattanooga to be closer to his two older brothers and their families. While living in Chattanooga, he was called to the priesthood and in 2010 was accepted as a seminarian for the Diocese of Knoxville. Fr. Ray spent five years of priestly formation at Sacred Heart Seminary & School of Theology in Milwaukee, Wisconsin, completing his formation and theological studies in May 2015. He was ordained on June 27, 2015, and spent the first year of his priestly ministry as a Pastoral Associate at OLPH in Chattanooga. 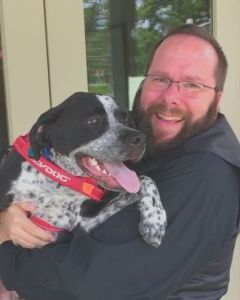